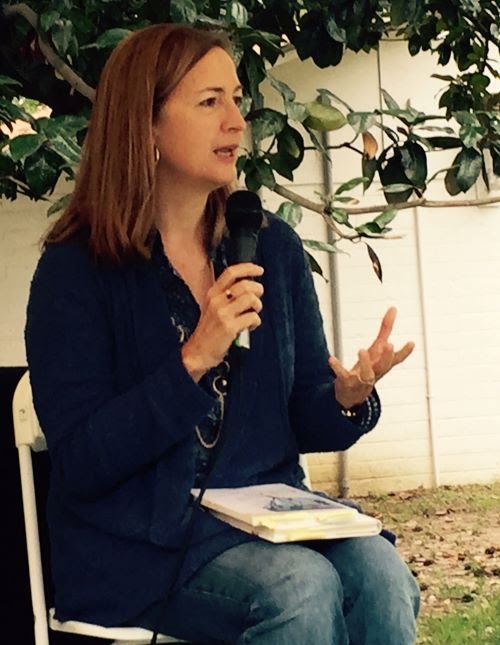 Jennifer Horne
Greetings! I’m a writer, editor, and teacher, and I enjoy connecting with readers and other writers. In November 2017 I was commissioned Alabama Poet Laureate, for a four-year term. My latest book is a poetry chapbook, "Borrowed Light," and my current writing project is a biography of the writer Sara Mayfield. You can find out more about me and my work here, as well as read the posts I write occasionally, as the spirit moves me. I call this blog "A Map of the World" because I think that, as writers, we each map the world through our own lives and imaginations. Welcome to my particular map! To get in touch, you can email me at forjenhorne@gmail.com, find me on Facebook, or follow me on Instagram at eyewitnesspoet. I'm also on Twitter as @ALPoetLaureate. 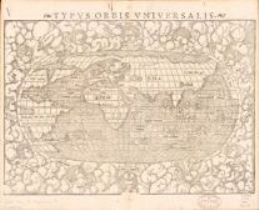 Gardening Through the Pandemic 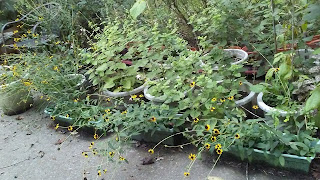 In April, when it was becoming clear I’d be staying close to home for several months, at least, I thought about what to plant. I love gardening, but we usually travel for a couple of weeks or more in the summer, and I’ve gotten in the habit of growing plants that can endure some neglect. This year, however, I’d be home and able to tend my plants daily.

Where I live, people were slow to recognize the severity of the pandemic and reluctant to wear a mask, and early on, when we had little knowledge of how the virus was transmitted, I feared going to the garden center. So, like half of America, I went to order seeds online and found that I was already in the territory of “back orders” and “sold out.” The seeds I finally did get were unreliable: some tomato seeds took a month to germinate, even in prime potting conditions, some of the green bean seeds never came up, and one “Italian green” squash created beautiful, abundant vines and leaves and one large squash.

The green beans and other varieties of squash were in the big beds my husband dug and filled in during the first couple of months at home, beds in our sunniest places with rows and hills of plants meant to produce produce. My gardening, in our mostly shady yard, has shifted to large pots on the sunny patio, and I generally enjoy buying flats of whatever flowering plants strike my fancy that year in coordinating colors and varied shapes and textures. The other half of the patio is herbs—basil for caprese salads, along with parsley, chives, oregano, thyme, and rosemary.

Unwilling to go shopping and risk my and my husband’s health, unable to get all the seeds I wanted online, I mostly made do with seeds I’d saved, plants I’d overwintered, what I found in the yard, and what came up on its own.

I’d saved basil seeds from earlier years, and garlic chive seeds as well. I ordered way too much parsley seed and found that it did well in pots but not so much in the ground. The oregano had overwintered, and in three pots nestled together in a wagon has made a kind of elevated hedge. Rosemary starts are easy, so I got several going and transplanted them into pots. 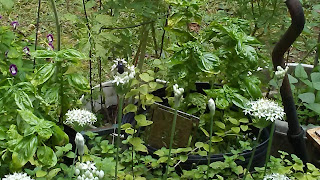 A geranium that made it through the winter indoors moved outside to hang from a beam, and the begonias that nestled in a windowbox pot next to the house decided it was their moment to bloom, big. Happiest of all were the coleus, which had started from shoots my hairdresser gave me in February when I admired her healthy plants. She cautioned me quickly not to thank her for them or they wouldn’t grow, so I didn’t. I haven’t gotten a haircut since then, but I think of her every day as I admire the three-feet-tall, lime-green plants, with tiny white blossoms that attract hummingbirds. Similarly, I have several new gardenia plants that I started from cuttings from a plant that overwintered outdoors. 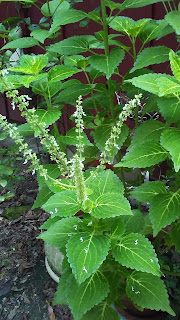 We live in the woods, so there are growing things everywhere.  I found some small nandina bushes and transplanted two into big blue-glazed ceramic pots for symmetry. A few plants I dug up at the edge of the woods just appealed to me for their color or shape, although I have no names for them, and as I surveyed the yard I found a tiny shoot from a fig tree my stepdaughter had given me several years ago. It had just barely survived in that spot, but I put the little rescued sprout into a huge pot and suddenly it was growing like nobody’s business.

It’s been a time of volunteers, and I had plenty of those in my pots as well: the perennial pink salvia I first bought at the University of Alabama Arboretum’s annual spring plant sale years ago, an event I always loved because I connected with gardening friends I rarely saw otherwise; black-eyed Susans that come up in the yard and now live abundantly in pots as well; the sprightly, purple-blue torenia and stately, yellow-flowered nicotiana a friend gave me from her garden in years past; a cantaloupe vine that came up in a pot last year from composted soil, and then reappeared this year, producing only a single golf-ball sized green fruit, but lots of pretty yellow flowers. The same friend who gave me the torenia and nicotiana gave me a moonflower plant this year, and I’ve loved having its gorgeous white flowers, with a delicate scent, right next to the door. I’ll save those seeds for next year.

The marigold seeds that came in the mail did do beautifully, planted in the pots with the tomato seedlings that finally started growing, producing late-summer cherry and pear tomatoes. I wrote this poem about them, in response to a prompt from a poetry discussion group I’m in:

It was the marigolds

on a blazing August morning

in the same soil.

A dragonfly, black and sleek,

keeps returning to the same

He is the soul

of a dead relative.

I’m not sure who

On a certain day

When I stepped outside

what they had done

tuning themselves to perfection 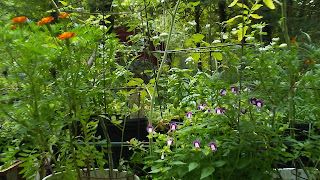 In this poem, I express a sense of connectedness that I feel to nature and to people, living and dead. This season of life, this pandemic year, has reminded me how connected I am through plants to so many people, and of how seeds and plants take their own time and their own course. Even as I pick green tomato hornworms off my tomato plants and lament the damage they’ve done, I marvel at their ability to blend in with the plant’s structure and color, and when I read about them to remind myself which moth these caterpillars become (it’s variously known as the sphinx moth or five-spotted hawk moth), I learn that, unbeknownst to me, their pupae survive the winter underground. I have to admire that kind of perseverance. I’m thinking, now, what to plant when cooler weather arrives. 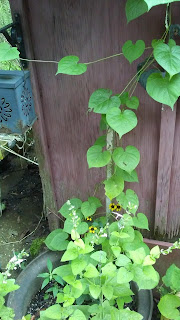 A poem for the Alabama high school graduating class of 2020:

It's long been a tradition for poet laureates to write an "occasional poem" to mark specific occasions or moments in time. In these unusual times, I've been moved to write an occasional poem for the Alabama high school graduates of 2020, titled "Beyond the Numbers." The text and video are below; feel free to share.

You are from 67 counties
in a state of 5 million people
a quarter (or so) of whom are under 18.
You are 50,000 in number,
in a state of 52,000-plus square miles,
more than a square mile for each of you!
You are from Mobile, Montgomery, Madison, and maybe even McMullen,
from Birmingham, Bessemer, and Brilliant,
Tuscaloosa, Trussville, Tuscumbia, Tuskegee, and Twin,
Alabaster, Auburn, and Allgood.

You’re told you are the future, the promise, the hope—
and you are, but you are also
sad, tired, frustrated, and discouraged—at least sometimes.
You see so many numbers in the news these days:
gatherings of 10 or more, 50% capacity,
not to mention the number of infections, the almost 500 deaths.

So what’s beyond today? What’s beyond the numbers?
You are. Unique. A once-in-a-worldtime life.
A life that can be inventive, courageous, kind, outrageous,
bring joy, humor, hope,
and open up to the unknown.
This one life. Yours.
That no numbers can define.
Congratulations!
Now, begin.